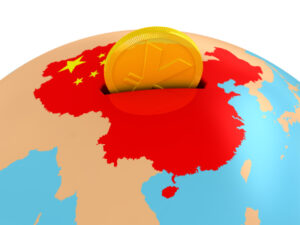 After private equity firm Blackstone decided to abandon a planned $3 billion acquisition of the real estate developer SOHO China, the stock of the Hong Kong-listed business plunged significantly on Monday.

Market experts have recommended that the public should adopt a logical approach toward such transactions, and Chinese businesses may find inspiration in this when dealing with international mergers and acquisitions.

Because of the lack of progress made in fulfilling the criteria by Beijing-based SOHO China, the company’s tender offer participants think it is difficult for them to complete the requirements before or by the deadline, which was stated last Friday.

After less than three months since the announcement of the decision, the Blackstone Group’s intention to buy a controlling interest in SOHO China for about $3 billion will no longer proceed, according to the decision.

It was determined that all parties had agreed to withdraw their offers after meeting with the business’s executive officers in order to relieve the firm of its ongoing responsibilities under acquisition regulations, according to the company filing.

The failure of the transaction to go through, according to Professor Liu Junhai of the Renmin University of China Law School, should not be seen as a sign of anything significant.

“It is important to note that stock transfers, especially those involving cross-border investors, are often fraught with significant uncertainty. Market risks and business risks are two types of hazards that may arise “Liu said himself.

Liu said that the preconditions demonstrated that Blackstone is very careful, citing the firm’s extensive expertise in managing worldwide acquisitions.

“The delicate tender offer preconditions provide Blackstone with an advantage in that it avoids being stuck in a passive state. As a result, our Chinese companies would benefit from this information when making stock investments in foreign companies “Liu said himself.

In August, the property developer said that the planned purchase had being investigated by the State Administration for Market Regulation (SAMR). A study of this kind is considered routine in China, where all mergers and acquisitions must comply with the country’s antitrust laws.

In a filing later that day, SOHO China claimed it had received notification from the State Administration for Market Regulation that the inquiry was still ongoing. It was unclear when the investigation process would come to a conclusion. By the time of the filing, none of the preconditions had been satisfied.

It was unclear what had prompted the decision that resulted in the collapse of SOHO China’s second effort to sell itself on the open market.

SOHO China said in March 2020 that it was in discussions with international financial investors about a possible transaction that may result in a takeover offer for the business. Nonetheless, the property developer said in August of that year that earlier discussions with prospective investors had been discontinued.

SOHO China was established in 1995 by its chairman Pan Shiyi and his wife, chief executive officer Zhang Xin, with the help of a group of investors. The wealthy pair has complete control over the business.

The possibility of a takeover this summer prompted instant speculation among Chinese internet users, who speculated that the pair was attempting to sell their properties in the nation. According to publicly available information, the couple’s share in SOHO China would be reduced to 9 percent if the transaction is completed.

The Pan family rose to prominence as a prominent commercial real estate developer as a result of China’s economic expansion. Their most valuable properties are the iconic Bund SOHO in Shanghai and the landmark Wangjing SOHO in Beijing, both of which are owned by the firm.

According to a study published by the National Business Daily, over 30 billion yuan ($4.65 billion) worth of SOHO China’s properties have been sold since 2012, indicating a strong demand for the area.