Guide to China: Understanding the Legal System for Business 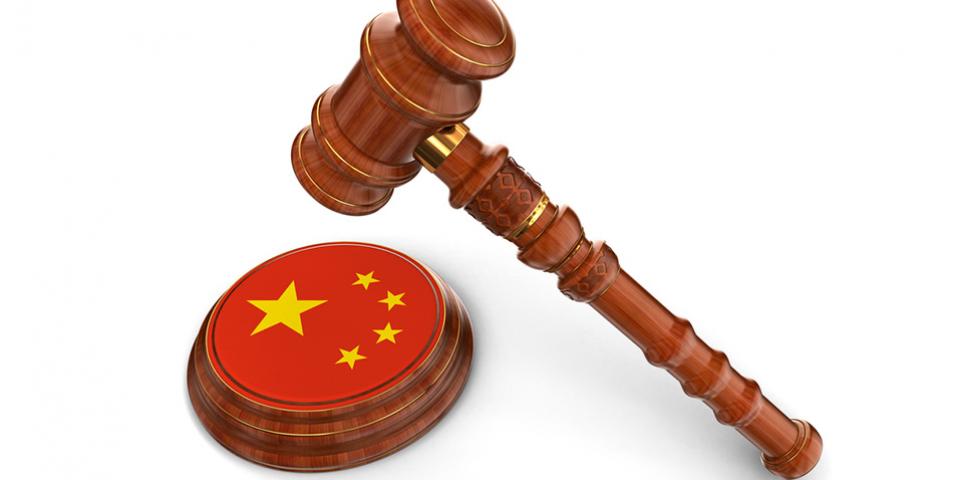 China is a civil law country. Statutes that are adopted by legislatures and court decisions do not have precedential authority. The Chinese legal system consists of various levels of law, including the Constitution, national laws, administrative regulations, departmental rules, and local regulations.

THE CONSTITUTION AND NATIONAL LAWS

The Constitution is adopted by a two-thirds majority vote from all deputies of the National People’s Congress (“NPC”). Foreign investors are unlikely to encounter the Constitution in the course of commercial practice, although it sets the foundations for the principles of Chinese laws and the legal system.

Other national laws and amendments are adopted by a simple majority vote of all deputies of the NPC, or by its standing committee. National laws are utilized in a number of broad areas, such as crimes, fundamental civil institutions – such as property law, intellectual property law, and other civil law – basic economic systems, and basic systems of finance, taxation, customs, banking, foreign trade, litigation, and arbitration. Many national laws use general wording and only layout broad principles.

The PRC Foreign Investment Law, coming into force on 1 January 2020, is the fundamental law promulgated by the PRC in the foreign investment area, which sets out general principles and basic administrative mechanism for foreign investments in China.

national laws and administrative regulations, relating to subject matters that are within their respective jurisdiction.

The people’s congresses and the people’s government of different provinces, autonomous regions, and municipalities directly under the central government, also have the power to enact local regulations and administrative rules to implement national laws. These regulations and rules allow for the implementation of the laws in a way that takes into account the local political, economic, and cultural conditions.

Bills are usually deliberated in closed sessions. The process is not published in government documents, nor are the bills announced to the public. However, in recent years, laws, regulations, and rules that are controversial, or may have a significant social and economic impact on Chinese society, have been released on the internet to solicit public opinions, such as the Individual Income Tax Law, the Drug Administration Law, also among the latest and most significant ones, the Foreign Investment Law and six draft sections of the PRC Civil Law in 2018 and 2019. Public seminars and hearings have also been held – for example, revisions proposed for the Individual Income Tax Law. To comment on the draft bills, foreign investors and foreign-invested enterprises may submit comments on their own or, as is more commonly seen in practice, through trade associations or chambers of commerce.

HOW DO THE DIFFERENT LEVELS OF LEGISLATION FIT TOGETHER?

National laws often provide a high-level framework from which more detailed regulations can then be built from. National laws are usually supplemented by the State Council’s administrative regulations

– particularly when the issues involve multiple ministries. Administrative regulations are often worded broadly, with implementing details set out in departmental rules. In addition, local regulations may be promulgated to implement the national laws.

Legally, departmental rules should not conflict with the State Council’s administrative regulations, while national laws take precedence over local regulations.

However, in practice, it is not uncommon to find inconsistencies among rules promulgated by different ministries. In the case of inconsistencies, consultation with the relevant authorities may be needed.
The Administration
The government hierarchy is headed by China’s President down to the State Council, to China’s ministries and administrative agencies, and to their respective counterparts at the provincial, municipal, county and township or village level.
The government organizations charged with approving investment projects are broadly divided into three levels: the central government level; provincial-level government or government of the municipalities directly controlled by the central government; and the local municipal or county government level. In each case, the higher the level of government, the greater the degree of authority and responsibility. Foreign investors need to understand which authorities are relevant to their particular activities – it is also important to recognise the government is playing a significant role in approving foreign-invested projects.

The People’s Courts represent the judicial arm of the state and consist of the Supreme People’s Court; the Special People’s Courts, which includes maritime courts, military courts, forestry courts, and so forth; and the Local People’s Courts, consisting of District People’s Courts, Intermediate People’s Courts, and Higher People’s Courts. In recent years, two specific types of court have been established. The Standing Committee of NPC approved the establishment of the Intellectual Property Court in August 2014 in Beijing, Shanghai, and Guangzhou, and the establishment of a Shanghai Financial Court in April 2018. The Intellectual Property Courts will have jurisdiction over specific types of intellectual property cases and the Shanghai Financial Court will have jurisdiction over specific types of financial cases in Shanghai. Also, since 2016, the Supreme People’s Court has established six Circuit Courts as its standing judicial organs and branch offices to try major administrative, or civil and commercial cases across different Provinces and Autonomous Regions. First-instance cases with significant impact nationwide or appeal cases filed against an administrative or civil and commercial judgment or ruling as rendered by a higher people’s court as a court of the first instance will be accepted by the Circuit Courts.