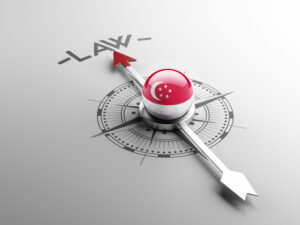 This is the latest step in Singapore’s efforts to exert control over potentially threatening content on the internet. A new parliament bill was introduced on Monday that gives the government the authority to investigate and prevent foreign actors from interfering in national politics and inflaming social issues.

Singapore’s anti-fake news regulations, which have enabled the government to order social media companies and internet service providers to ban online material that is not in the public interest, were passed almost two years ago and are now being implemented.
According to the Ministry of Home Affairs, the Foreign Interference (Countermeasures) Bill will give officials the authority to order social media platforms such as Facebook Inc. and internet service providers to disclose harmful information they suspect may be carried out by foreign actors or entities.

It comes two years after the passage of Singapore’s anti-fake news legislation, which allows the government to order internet service providers to ban online material that is not in the public’s interest. Social media companies have publicly voiced their dissatisfaction with this legislation, claiming that acts done by the government after its passage in 2019 violate the promise that it would not be utilised as a censorship weapon.

Singapore’s ministers have long defended the need for these laws, as well as the latest bill, claiming that the country is particularly vulnerable to fake news and hostile information campaigns because it is a financial hub that is plugged into global trade, has a multi-ethnic population, and has widespread access to the Internet.

Using hostile information operations and the employment of local proxies, the law, according to the ministry, would improve the country’s capacity to prevent, identify, and disrupt foreign involvement in its internal affairs.

Activities that are hostile

As a result of the governing party’s legislative majority, the law, which is expected to be approved, also grants the government the authority to compel social media and internet service providers to broadcast a message warning Singaporeans about potentially hostile information campaigns. This is particularly important where the material has the potential to inflict immediate and substantial damage in Singapore, such as encouraging violence or creating animosity amongst communities, the Ministry of Home Affairs said.

Upon receiving reasonable suspicion that social media or internet user accounts are being used for such hostile actions, the government would have the authority to compel service providers to prevent material from being seen in Singapore from being accessed by the public.

To reassure the public, the Ministry of Home Affairs said that the new law does not apply to individuals who express their political opinions on social media, “unless they are agents of a foreign principal.”

Citizens who express their opinions on political issues would not be subject to the new law, according to the home affairs ministry, which supported the legislation. “Unless they are agents of a foreign principal,” the ministry said in a statement. In addition, foreign people and media that comment and report on Singapore politics will not be subject to the ban “even if their views are unfavourable of Singapore or the Government.”

Under the terms of the bill, which has been submitted for first reading, government orders can be issued to establish a mobile application distribution service that will prevent apps that have been identified as being used by foreign principals to conduct hostile information campaigns from being downloaded in Singapore. It is possible to issue this directive if the application has been the subject of at least one prior order.

According to the bill, lawmakers, political parties, and public office holders are required to disclose single contributions of S$10,000 (US$7,446) or more from contributors throughout the calendar year. They are not permitted to accept anonymous donations in excess of S$5,000 and must keep a separate bank account solely for the purpose of receiving political contributions.

According to the law, the authorities may also order media outlets that cover political matters affecting Singapore to reveal the identities of any foreign author or principal who is responsible for or who directs the publication of an item.

Foreign actors have carried out online operations to denigrate or promote specific candidates in the run-up to the 2016 US presidential elections, according to the ministry’s introduction of the legislation. Similar efforts have generated suspicion about Western-manufactured vaccinations intended to protect against COVID-19, which are now under scrutiny.

The Select Committee on Online Falsehoods had issued a warning that foreign state-linked misinformation campaigns were likely taking place in Singapore, according to the Ministry of Home Affairs. It referred to an unusual increase in online remarks unfavourable of Singapore on social media during the period of 2018 and 2019 when the government was dealing with bilateral problems with an unidentified nation.

“Our laws must change in the same way that other nations have enacted new legislation to combat foreign interference,” the ministry said. “This Bill will enhance our capacity to resist foreign influence while also ensuring that Singaporeans retain the freedom to make their own decisions about how we should govern our nation and live our lives,” said the Prime Minister.