Overview of Foreign Investment Law and Policy In India 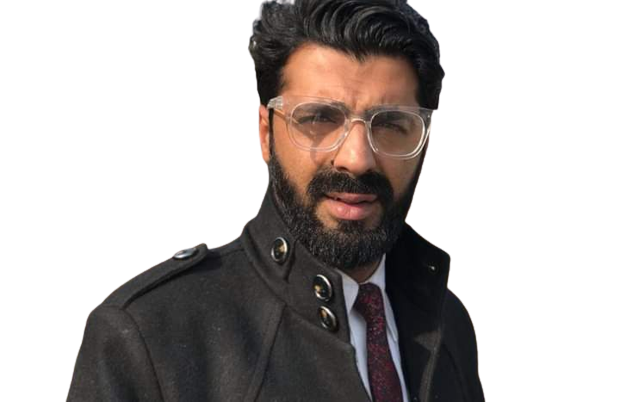 The most essential, yet divisive, issue of this book is the current economic climate in India, as well as the policies that have shaped the system with the world’s most influential think tanks.

FDI has aided India’s growth significantly, and forecasts indicate that India will emerge as a powerful economy in the next years. India will be travelling along the path of growth, providing its people with big advancements in the nation, in addition to FDI. The government’s major goal is to increase the influx of foreign investments into the nation, and they undertake the necessary changes to make India more attractive to FDI.

Singapore, with INR 1036 billion in FDI in FY 2020, is the nation with the biggest FDI in India. Mauritius, the Netherlands, the United States, Japan, France, the United Kingdom, Cyprus, and Germany are the nations that trail Singapore in terms of FDI in India. As entrepreneurs sought money for their enterprises, the Indian startup sector took off thanks to foreign direct investments. Many nations put their faith in Indian entrepreneurs and gave the funding they needed, and they have since become India’s top unicorn enterprises.

FDI has brought a slew of technological and software breakthroughs to the nation, as well as a slew of new job prospects. Previously, employment prospects were gloomy, and there are still more work chances in India, but the country’s employment rate has improved dramatically as a result of FDI, which creates jobs and allows residents to grow.

India’s growing population and rising purchasing power make it an ideal location for the creation of industrial plants and a consumer market for products. India is endowed with natural and people resources, as well as a strong banking system and welcoming foreign investment regulations. High job possibilities, rural development, technical advancement, and economic development are among the key benefits India has reaped from foreign direct investment. A layperson’s understanding of foreign direct investment is that it refers to an investment made in a corporation by a foreign company or individual. Most people are unaware of how broad the phrase “FDI” is and how big of an influence it has had on India as we know it today.

India has primarily attempted to liberalise its economy since 1991, and has continued to open up the majority of its industrial and economic sectors to international investment. The Indian government, in particular, has attempted to attract foreign investment by taking initiatives to improve the ease of doing business in India, since this has the impact of building long-term economic partnerships with the nation.

The FDI Policy used to be revised every year and changed as needed, and the DPIIT’s 2017 consolidated foreign direct investment (FDI) policy framework is the most recent policy framework (Consolidated FDI Policy). According to the data, The central government notified certain amendments to the FEMA on October 15, 2019, under which the central government has been given the power to specify all permissible non-debt instrument capital account transactions, while the RBI has been given the power to specify all debt instrument capital account transactions. Separately, on October 16, 2019, the central government announced that the following instruments will be considered “non-debt instruments,” including all equity investments in incorporated entities (public, private, listed, and unlisted); capital participation in limited liability partnerships (LLPs); all instruments of investment as recognised in the FDI Policy as notified from time to time; and investment in units of alternative investment funds and reassignment of debt instruments.

Furthermore, the Securities and Exchange Board of India (Foreign Portfolio Investors) Regulations 2019 (FPI Regulations), read with Schedule II of the Rules 2019, allow foreign portfolio investors (FPIs) to invest in equity instruments of an Indian company and define the form and manner in which such investments by FPIs in Indian entities can be classified as foreign portfolio investment or foreign direct investment (FDI). According to the Rules 2019, each FPI’s total holding must be less than 10% of the total paid-up equity capital of an Indian company on a fully diluted basis or less than 10% of the paid-up value of each series of debentures, preference shares, or share warrants issued by an Indian company (individual limit); and the total investment of all FPIs combined in an Indian company (including any other direct or indirect foreign investments) must not exceed 10% of the total paid-up equity capital on a fully (aggregate limit). Furthermore, if an FPI’s investment surpasses the individual maximum of 10%, it qualifies as an FDI, according to the FPI Regulations. Furthermore, the Regulations 2019, when read in conjunction with the FPI Regulations, allow FPIs to invest in debt instruments, shares, debentures, and warrants issued by listed firms or companies whose securities are expected to be listed on an Indian stock exchange.

Investments that involve the acquisition of shares, assets, voting rights or control, or a merger or amalgamation (collectively referred to as “combinations”) must be notified to the CCI if they meet the assets and turnover thresholds prescribed by the Competition Act, the regulations and notifications thereunder, and the non-applicability of any of the exemptions available to the transacting parties. The CCI has the authority to ban or amend transactions in India that are likely to have a significant adverse impact on competition (AAEC).

Furthermore, specialist authorities oversee mergers and acquisitions of businesses in certain areas or sectors (e.g., the Insurance Regulatory Development Authority for insurance companies and the Telecom Regulatory Authority of India for telecom companies). I discovered that the Foreign Investment Promotion Board (FIPB) was originally the government agency that provided single-window approval for FDI projects in India that were not approved through the automated method.

However, in accordance with OM No. 01/01/FC12017 FIPB dated June 5, 2017, the government of India has abolished the FIPB and mandated that where FDI is only permitted through the approval route, sector-specific competent authorities (such as the Ministry of Information and Broadcasting for activities in the broadcasting and print media sector; the Ministry of Mines for activities in the mining sector; the Department of Space for activities related to satellites; and the Department of Commerce for activities related to computers) must However, if there is a question about which competent authority to contact, the DPIIT is responsible for identifying the appropriate entity, and to that end, the DPIIT has developed a Foreign Investment Facilitation Portal (FIFP).

Foreign direct investment is the most common means of bringing in foreign capital into a nation. This is a channel through which foreign institutional investors (FIIs) and foreign partnerships may invest. It is the most common method of sending money to the nation. A foreign portfolio investment is an investment in capital instruments by a person residing outside of India that is less than 10% of the post-issue paid-up equity capital on fully diluted terms of a listed company or less than 10% of the paid-up value of each series of capital instruments of a listed company.

Any investment made on a repatriable basis in capital instruments of an Indian firm or in the capital of a Limited Liability Partnership by a person residing outside India (LLP).

I’d want to end my article here since the government has recently loosened certain current rules and implemented new legislation in some cases to improve the chances for foreign investment in India. Many developments have occurred since the Indian economy was opened to international investors in 1991, with the goal of encouraging foreign investment to India. Since liberalisation, all administrations have begun to enact policies that have increased the attractiveness of the Indian economy to international investment.