A legislation has been passed to establish the Dubai Council for Border Crossing Points Security, a new organisation that will be responsible for improving Dubai’s border security capabilities. 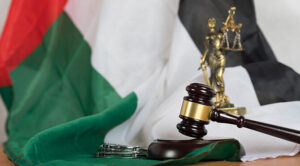 The Council will ensure that there is seamless coordination between the various government entities involved in border control, including the General Authority of Ports, Borders, and Free Zones Security in the emirate, as well as relevant local, federal, regional, and international organisations and organisations.

The legislation also seeks to increase the efficiency of organisations that are engaged in border control operations.

Law No. (15) of 2 was issued by Sheikh Mohammed bin Rashid Al Maktoum, Ruler of Dubai and Vice President and Prime Minister of the United Arab Emirates, which established the council.

With the assistance of relevant entities, the Council is tasked with developing strategic border security plans and policies for the emirate, advising the government on border control issues, and unifying the regulations and security criteria for protecting borders in Dubai to meet the requirements of the General Authority of Ports, Borders, and Free Zone Security (GPBFZS).

Sheikh Mohammed also signed a decree establishing the Board of the Dubai Council for Border Crossing Points Security, which would be headed by Sheikh Mohammed.

Heik Mansour bin Mohammed bin Rashid Al Maktoum will serve as chairman of the board of directors, while Lieutenant General Mohammed Ahmed Al Marri will serve as vice chairman, according to the announcement.

Sheikh Hamdan Bin Mohammed Bin Rashid Al Maktoum, the Crown Prince of Dubai and Chairman of the Executive Council of Dubai, named Omar Ali Salem Al Addid as the secretary general of the Dubai Border Security Council, according to a press release.